Hey guys, I just wanted to update you where and what I am up to lately. Though I have not been on this site in the past week, I have not stopped thinking about blogging on it. However, I have been spending a lot of my time blogging for 5StarHipHop.Com and that has been taking a lot of time, but I am not done here. I am just in need of a break so I can re-adjust my time and focus on both sites. Also, I am working more closely with outside companies, which happened to take me to a Common x The Roots show last night on a press pass. My dreams are coming alive and I am just overly busy. Hope you can understand folks.

Check out my blogs on 5StarHipHop.com and be sure to follow me on there, along with checking back here. Love you guys for real and I appreciate all the support you continually give.

Jay-Z’s “Blueprint 3” Has Been Bumped to the 8th

And just in case you missed the news, it seems as if Jay-Z’s upcoming album, Blueprint 3, has been pushed up on its release date, from the 11th to tomorrow, the 8th. My guess it has a lot to do with the album leaking, but that has not been confirmed as of yet. Nonetheless, do not go out this Friday looking to be one of the first to buy a copy because it comes out tomorrow.

The change in release date is most likely directly related to the early leak of Jay-Z’s album which leaked in its entirety last week, a full two weeks before the album was set to grace shelves.  The September 11th date was an important date to the RocNation founder, Jay-Z; the very first “Blueprint” release was released September 11th, 2001,a date shared with the September 11th attacks on the Twin Towers plagued the country.

Video: Jay-Z Speaks on DJ AM

“I met him the day before the plane crash,” Jay told MTV News on Monday, days after AM was found dead in his New York apartment. “We were doing the concert, and he told me that he had to go down to South Carolina to do a show with Travis, and then we’d go and do our show.

“The plane crash happened, and I’m thinking, ‘Let him recover. We’ll talk about that some other time,’ ” Jay continued. “He called, like, ‘Nah, man, I’m still ready to go.’ I was shocked by that at first. He came, he had a bandage on his head, and he was ready to go. He was someone that really loved what he did. That’s passion: to love what you do and still go forward.”

The two impressed the crowd throughout their performance together. At one point, Jay ventured behind the turntables while AM hammed it up for the crowd. “Make some noise for DJ AM,” Jay ordered the crowd.

Enough said. Rest in peace to one of the great DJ’s of all time.

NEW YORK (AP) — DJ AM, the sought-after disc jockey who became a celebrity in his own right with high-profile romances and a glamorous lifestyle, was found dead Friday at his apartment, which had drug paraphernalia in it, a law enforcement official said.

Paramedics had to break down the door to his Manhattan apartment before they found his body at about 5:20 p.m., the official told The Associated Press on condition of anonymity because family hadn’t been notified. There was no evidence of foul play, the official said.

After releasing the official track list and album artwork, here is the official production credentials. It seems as if Blueprint 3 is stacked with great guest features and producers. Thoughts?

Though I am late on posting this, I will still give it to you all, seeing that Cudi is one of my favorite musicians. The other day, MTV announced all of their nominees for this years Video Music Awards, where you can view them all at here. However, under the “Best New Artist” category Cudi is nominated for his video Day ‘n’ Nite, along with Drake, Lady Gaga, Asher Roth and 3oh!3.

Though I love every artist on the list, Kid Cudi will have my vote, no doubt about it.

Spike x Kanye – We Were Once a Fairytale

Talented filmmaker, Spike Jonze, will reunite with Kanye West on an upcoming short film titled We Were Once a Fairy Tale. The film will be available on iTunes starting September 8th, so be on the look out for that to drop. 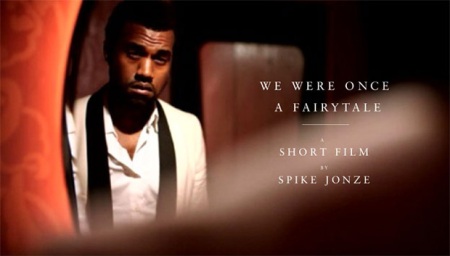 It seems as if Jay-Z and Tim Westwood chop it up in an interview covering topics such as, the new single, Chris Brown/BET rumor, The Game and much more. Also, word is is that Tim Westwood will unleash the full interview on his show this upcoming Saturday, July 25th at 9pm. Once he drops the interview, I will have it for you all. Stay tuned because so far, this sounds interesting.

Not entirely sure about this, but last I knew, Drake would be the featured guest on Jay-Z’s official radio single entitled, Off That. However, it seems as if Jay will be releasing his first radio single, Run This Town, featuring Kanye West and Rihanna, this upcoming Friday. Did Drake get bumped? Or, are we going to get two new tracks from Hov? Well nonetheless, having ‘Ye and RiRi on a track with Jay will be absolute bonkers. Stay tuned. 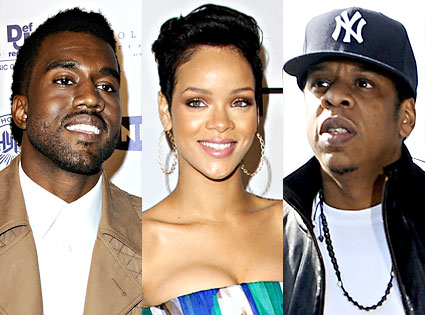 Below, you can check out Jay-Z’s album promotional schedule, which states that the single will drop Friday. Check it out after the break.

END_OF_DOCUMENT_TOKEN_TO_BE_REPLACED

It seems as if Fuse TV has announced a legendary TV concert event featuring one of the world’s biggest music icons, Kanye West. On July 25th at 8pm/7c, “Fuse Presents Kanye West: Live From The Chicago Theatre” will bring Kanye’s recent “Stay in School” benefit concert straight to your TV. The event was sponsored by the Kanye West Foundation, a foundation that partners with schools and community organizations to give underprivileged youth access to music production and academic support programs.

For more information about Kanye West: Live from the Chicago Theatre, head here. Also, to find Fuse in your area, click here.

Check out some exclusive shots from the concert and the official poster after the break.